Binghamton is the closest major bus station to cities like Vestal, Johnson City, Endicott, and Apalachin. It is the main OurBus location for Broome County. From here, you can also reach other points in the Southern Tier of New York by car. Even if you are going to places farther away like Norwich, NY, Owego, NY, or Hallstead, PA, this is the closest bus stop location.

While there used to be passenger train service to Broome County, there is currently no Amtrak or other rail service available to Binghamton. Intercity buses provide the main link between Binghamton and NYC. Taking OurBus will save you money on tolls, gas, and parking. Compared to a rental car, it is much cheaper to buy bus tickets for your trip, especially if it is multiple days.

When Binghamton University has a semester break or holiday breaks like Thanksgiving, Columbus Day, Rosh Hashanah, or Spring Break, extra buses are added. Check for extra schedules which are usually added 2-3 weeks in advance. These college express buses often sell out to make sure to make advance reservations.

If you are traveling internationally, OurBus can take you to New York, where you can easily reach JFK Airport and Newark Airport.

Getting to know Binghamton

Lying in the upstate region of New York State is Binghamton, New York. This city rests on the intersection of the Susquehanna and Chenango Rivers. The city of Binghamton, NY has a multitude of attractions and sights to see for visitors and residents alike. Some of the highlights include many wonderful parks, unique boutique shops, interesting art galleries, historic museums and so many carousels that the city has garnered the nickname “Carousel Capital of The World.”

On the outskirts of Downtown Binghamton, lies Binghamton University. The school was established in 1946 as Triple Cities College. The mission of Triple Cities College was to offer higher education to the World War II veterans that had begun to return to America. Thomas J. Watson, a founding member of IBM, viewed the Triple Cities area as a region with vast potential for establishing a springboard for college-educated youth. Nowadays, Binghamton University offers education comparable to its more expensive Ivy League universities at a significantly lower tuition rate, a true testament to the continued excellence that was established decades ago.

The Binghamton Zoo at Ross Park is one of Binghamton’s most treasured public attractions. Tucked into the northern part of Binghamton’s South Mountain, the Ross Park Zoo officially opened in 1875 and is the 5th oldest Zoo in the United States. Over the years the Zoo underwent many different changes with its most significant change coming in 1972 when local residents petitioned the city council to add funds for maintenance to the yearly budget. The infusion of funding ultimately saved Ross Park Zoo, which had fallen into disrepair and was on the brink of being closed by the USDA. Today the Binghamton Zoo is operated by the Southern Tier Zoological Society and is thriving with over 100 different species on display throughout the exhibits on zoo grounds.

Located minutes away from the Chenango River, the Cutler Botanic Garden is another place worth visiting while in Binghamton New York. It is known as a center for teaching the public about horticulture and educating students about environmental issues in today’s world. The garden also encourages visitors to appreciate the natural world around them and understand the value of natural resources that are readily available. The purpose of the information is to help people grow plants while minimizing the negative effect that this imposes on the environment.

The Botanical Garden is free to enter and open to the public all year from dawn to dusk with self-guided tours for visitors to enjoy. The community of Binghamton uses the garden for a variety of activities throughout the year, with something for the young and the old to enjoy each time they visit.

We can’t wait to have you onboard. 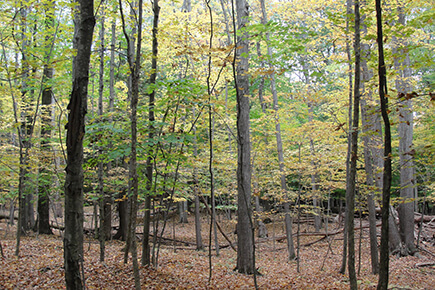 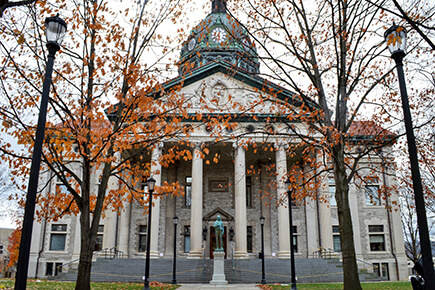 The precise location and time of your departure will be available to you once you make your reservation on the OurBus App.

How long is the bus ride from New York to Binghamton?

The bus journey from NYC to Binghamton takes approximately 3 hours and 20 minutes. However, this may change due to weather and traffic conditions.

What is the driving distance between NYC and Binghamton?

The driving distance between NYC and Binghamton is 178 miles. It goes by quickly when you don't have to be the one driving.

When does the bus leave to Binghamton from NYC?

I would like to alter my bus ticket from NYC to Binghamton to an earlier or later time or date. What do I do with my original ticket?

How much does a bus ticket from New York to Binghamton cost?

The average price for a one-way bus ticket from NYC to Binghamton, NY is as cheap as $10.

How viable is OurBus for a student in Binghamton, New York?

An OurBus is a great way to travel for students. The regularly scheduled routes and ease of booking make it a simple decision when traveling. We offer routes that vary in time depending on demand throughout the year, including extra trips for Spring break, Fall break and move-in / move-out times. With our easy to use website and app, mobile boarding passes, free WiFi and 24/7 support, OurBus is an easy choice for any student or parent.  Students at Binghamton University can easily get to the Greater Binghamton Bus Terminal via car, public transportation or a short taxi ride.

How to get to Binghamton University from New York City?

What are the best ways to get from New York to Binghamton?

There are several ways to get to Binghamton from New York, with driving and taking a bus being the most common. OurBus has been providing intercity bus service on this route for years. We?re proud to say trips booked with OurBus have the highest rating from passengers.

What are the best ways to get from Upstate NY to Binghamton?

OurBus offers several bus routes that are on the same route as Binghamton, making it easy to find a scheduled ride that suits your schedule. There are direct trips from both Ithaca and Niagara Falls so rest assured you will be able to get from many places in Upstate New York to Binghamton with ease.

How do I get a chartered bus rental near me in New York and the surrounding five boroughs?

OurBus taps into a network of high-quality bus owners and operators to be able to find you a charter bus rental in the greater NYC area at the lowest price. To find out more about OurBus charter hire, see our Charter information and Submit a Request.